Your browser is out of date.

You are currently using Internet Explorer 7/8/9, which is not supported by our site. For the best experience, please use one of the latest browsers.

MMB Bearings can source and provide Schatz Bearings.  Schatz is a domestic manufacturer of bearings for a variety of precision applications including aerospace, medical and custom-made to print bearings where precision is essential.  Schatz Bearings are approved for thousands of OEM and MS standards.  Schatz has a US based engineering support team that can support MMB’s customers with flexibility, versatility, and responsiveness.

Schatz Bearing manufactures a full line of aircraft ball bearings used in aircraft control, aircraft accessory, and aircraft gearbox applications. These ball bearing products fit into a broad category designs because of their variety and versatility, they can be used in heavy duty pulley assemblies as well as other applications requiring rotation or oscillation. Due to their precision, axial and radial positioning, and oscillatory motion airframe control bearings can often be used in a variety of non-aircraft industries. 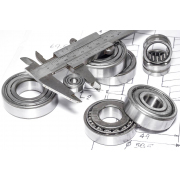 Over 100 years of combined experience

MMB Bearings has grown from a small supplier of precision miniature bearings, to one of the nation’s largest stocking distributors and suppliers of high-quality ball and roller bearings. Our bearings are stocked in a climate controlled warehouse to ensure our inventory maintains high quality standards. We take great pride in the knowledge and service we provide. You'll find precisely what you need from one source with ready-to-ship inventory in large quantities of domestic and imported ball, roller, needle and rod end bearings.